Retail Inflation: India’s retail inflation fell sharply from 7.41 per cent in September, 2022 to 6.77 per cent in the month of October. However, in October also it remained above the RBI’s tolerance band of 2-6 per cent for the 10th consecutive month. On a monthly basis, headline inflation rose to 0.80 per cent from 0.57 per cent in the previous month.

food inflation in october
Ongoing geopolitical factors and supply chain bottlenecks due to hardening of global commodity prices are adding to inflationary pressures. Food inflation eased to 7.01 per cent in October, from 8.6 per cent a month ago. The inflation rate of vegetables came down to 7.7 percent. Meanwhile, fuel and light inflation eased to 9.93 per cent as compared to 10.39 per cent in September. In October, Reserve Bank of India (RBI) governor Shaktikanta Das had expressed hope that the inflation rate would be less than 7 per cent.

High inflation is a challenge
High inflation has been a concern for central banks across the world, including in India. The Russo-Ukraine war created supply chain disruptions in a post-pandemic world, which was barely recovering from the economic shock. Recently, on 3 November, an out-of-turn meeting of RBI’s Monetary Policy Committee was held to discuss and draft a report to be sent to the central government on failure to keep inflation in safe range. went.

Wholesale inflation also decreased
Data released by the Ministry of Commerce and Industry showed that the country’s wholesale inflation declined to 8.39 per cent in October from 10.70 per cent in September. Wholesale inflation has fallen below the double-digit mark for the first time since March 2021 when it stood at 7.89 per cent. The Wholesale Price Index has been above the double-digit mark for 18 straight months from April 2021 to September 2022. The Wholesale Price Index for the month of August has been revised from 12.41 per cent to 12.48 per cent. Inflation in primary articles has risen to 11.04 per cent from 7.38 per cent recorded in the same period a year ago. Inflation in food articles has increased from 0.06 per cent to 8.33 per cent in October 2021. 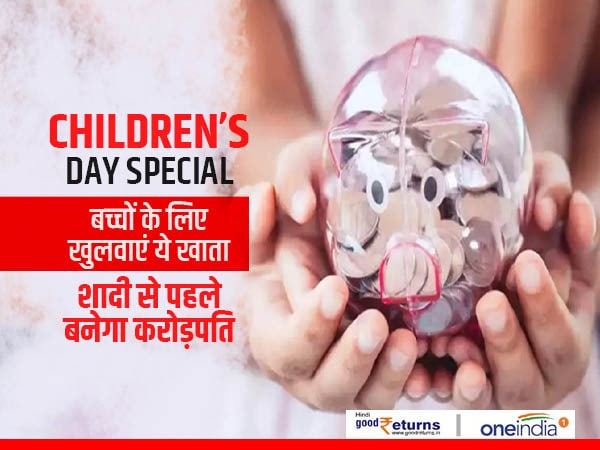 Children’s Day Special: Open this account for children, will become a millionaire before marriage

In October, Reserve Bank of India (RBI) governor Shaktikanta Das had expressed hope that the inflation rate would be less than 7 per cent.