MANCHESTER: Manchester United have confirmed that striker Cristiano Ronaldo will no longer be with the club with immediate effect after both parties reached an agreement.

It follows the actions of the 37-year-old player who made a controversial statement in an interview with Piers Morgan today.

In the interview, Ronaldo claimed that he was betrayed by several individuals in the team, besides no longer having respect for the team manager, Erik ten Hag.

Ronaldo, who has a contract until June next year and is paid 500,000 pounds (RM 2.7 million) a week, will leave the club without any compensation.

United had previously appointed a lawyer to examine the actions that could be taken against Ronaldo for breaching the contract, however they decided to release Ronaldo and the player is now free to play for any team.

“The team would like to thank him for all his contributions during his time at Old Trafford,” the team explained in a brief statement.

Ronaldo is currently with the Portugal squad in Doha, Qatar and is preparing to face the first match of the World Cup group H against Ghana on Saturday. 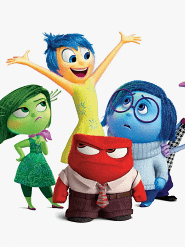